Home » Recipes » How to Cut and Clean Leeks 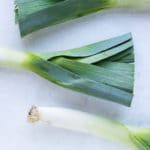 Learn How to Cut Leeks and then clean them by following a few simple steps.  After slicing and cleaning fresh leeks you can use them in healthy soups and stews, roast them in the oven, or cook them in a pan.

Want to learn how to cut other vegetables?  You might enjoy learning How to Cut Butternut Squash and How to Cut Cauliflower. 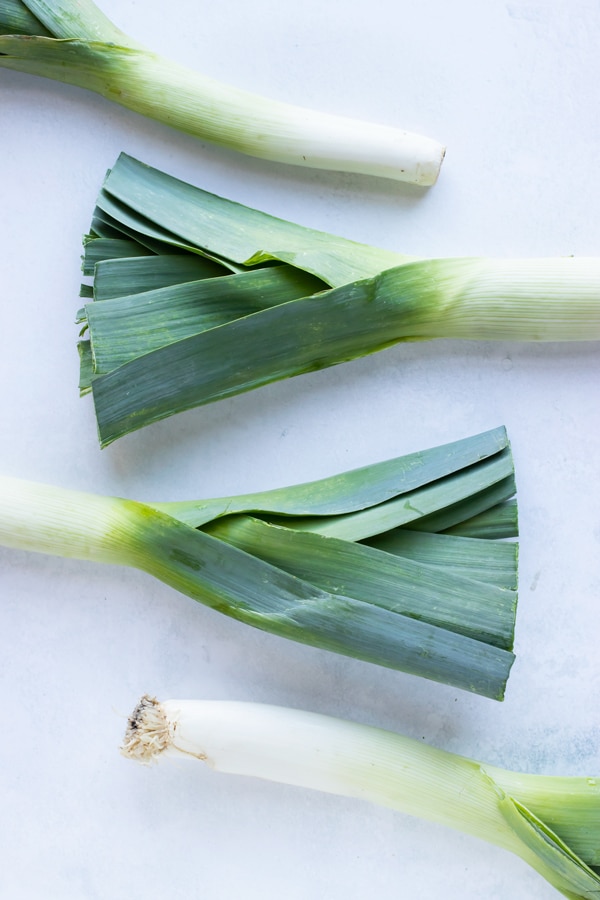 When I first tried making the French classic, Potato Leek Soup, I had NO clue how to cut and clean leeks.

Nor did I know which part of the leek to use?!

I totally thought the leafy green part was the star of the show.  (Boy was I wrong!)

Not only did I end up with dirt-filled sliced leeks…

But the soup turned out WAY too bitter because I used the wrong part of the vegetable.

Since then I have learned how easy it is to properly cut, clean, and use leeks in your favorite healthy recipes!

So if you’re in the same boat, then read on and learn all about those leafy leeks! 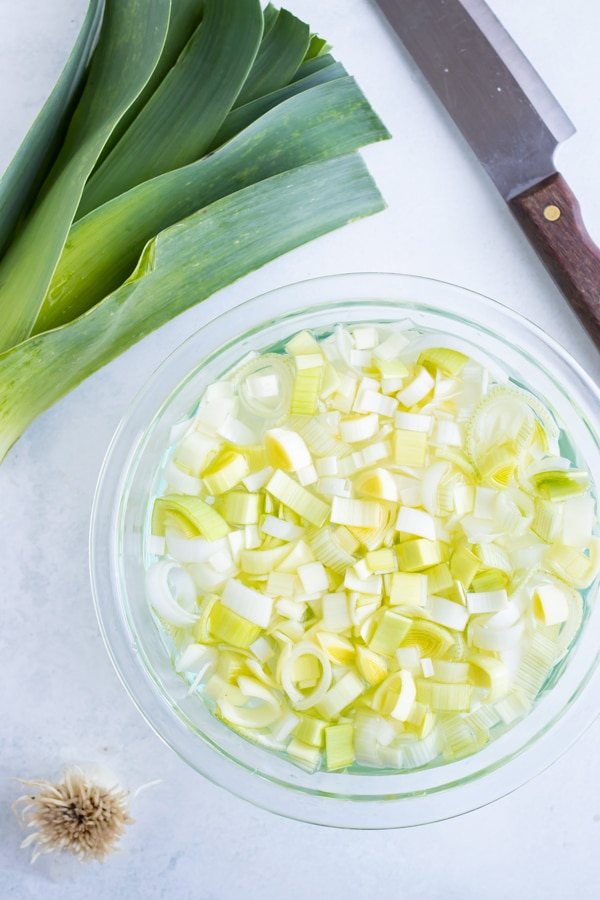 Leeks are a vegetable in the same family as the onion, garlic, shallot, scallion, and chive.

Although they look like a larger form of a green onion, the edible part of the leek plant is actually the white and light green part – sometimes referred to as the stalk or stem.

The dark green part is also edible, but is quite bitter and is often discarded.

Leeks have a mild, onion-flavor and can be eaten raw or cooked.  When raw they have a crisp bite and more pungent flavor.

Cooking leeks helps to mellow out the strong flavor and can be accomplished by roasting, sautéing, or even boiling. 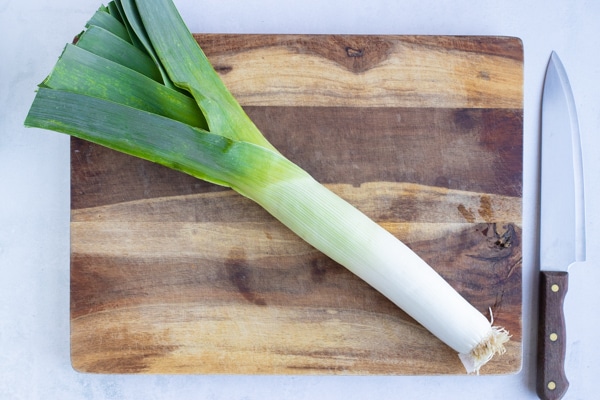 There are a few things you will want to look for in order to select the best leeks at the grocery store:

Leeks last the longest when stored in a cool, dry place such as the crisper drawer in your refrigerator.

If the leeks came in bag, remove the bag to prevent excess moisture from building up.

Depending on the level of freshness upon purchase, leeks can potentially last for up to 2 weeks in the refrigerator.

Look for signs of wilting or softening to determine if a leek is still OK to eat.

How to Cut Leeks

Cutting leeks is a quick and simple process once you understand the basics.

All you will need is a really sharp knife and one of your favorite cutting boards.

It shouldn’t take you more than a few minutes to slice leeks for recipes:

How to Clean Leeks

Since leeks grow in the dirt they are often full of hidden dirt.

While you can prepare leeks by rinsing and washing them before cutting, I find that cleaning them in a bowl of water is the easiest and most thorough process. 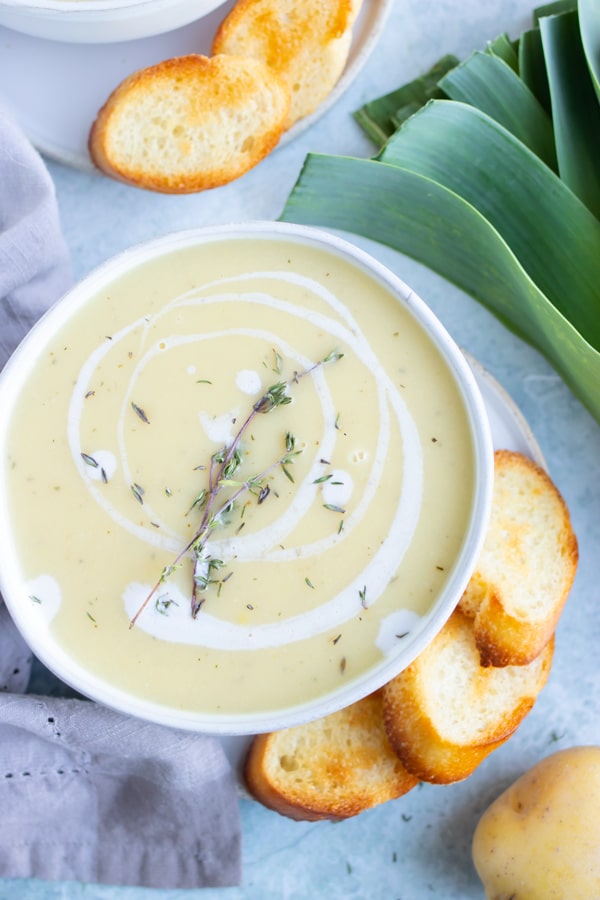 Your leeks are cut into perfect slices, cleaned to perfection, and now it’s time to cook them!

Leeks taste incredible when roasted in the oven, sauteed in a pan, or boiled for a soup.

Here are a few healthy leek recipes for you to try: 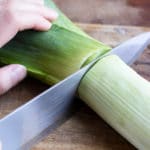 How to Cut and Clean Leeks

Learn How to Cut Leeks and then clean them by following a few simple steps.  After slicing and cleaning fresh leeks you can use them in healthy soup recipes, roast them in the oven, or cook them in a pan.  #leeks #cutting #cooking #howto #cutleeks #leek 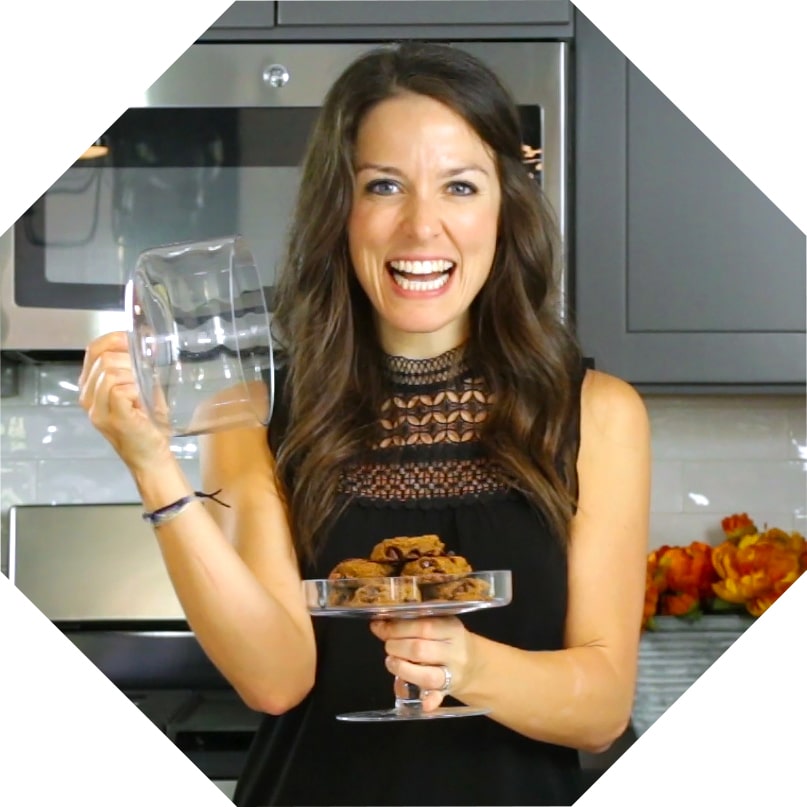 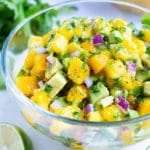 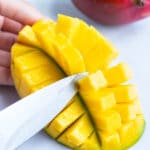 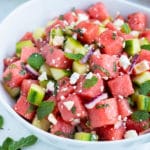 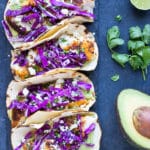 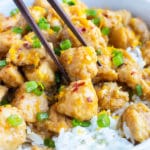 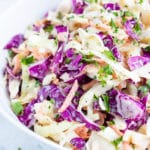 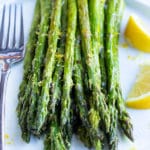