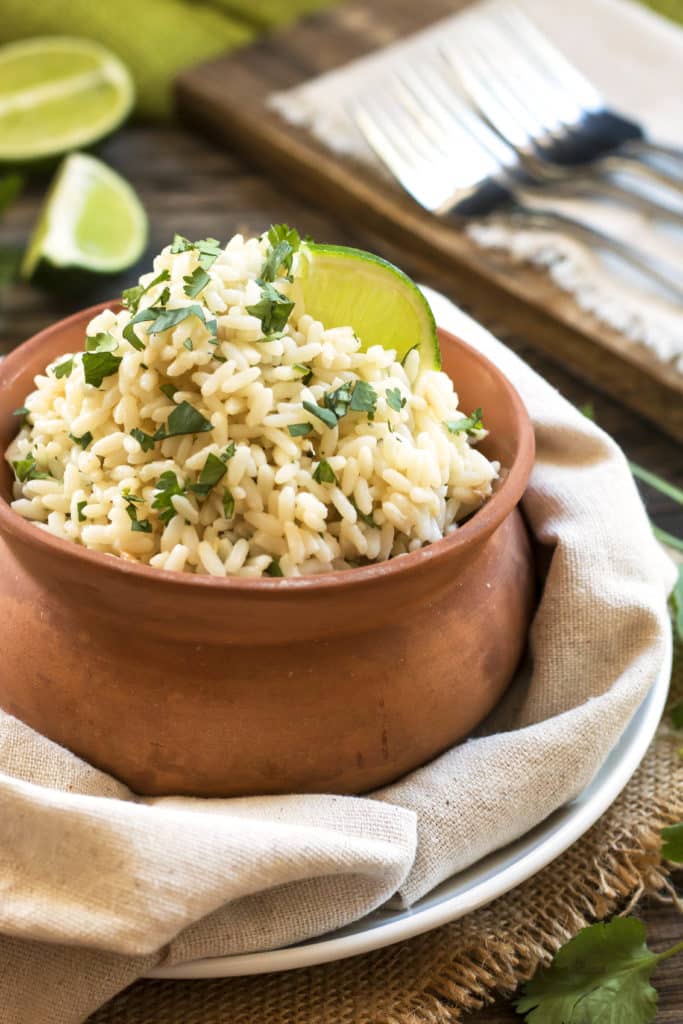 A cilantro lime brown rice recipe made with coconut milk for added flavor!  This easy Mexican rice can be made in a rice cooker or on the stove top. 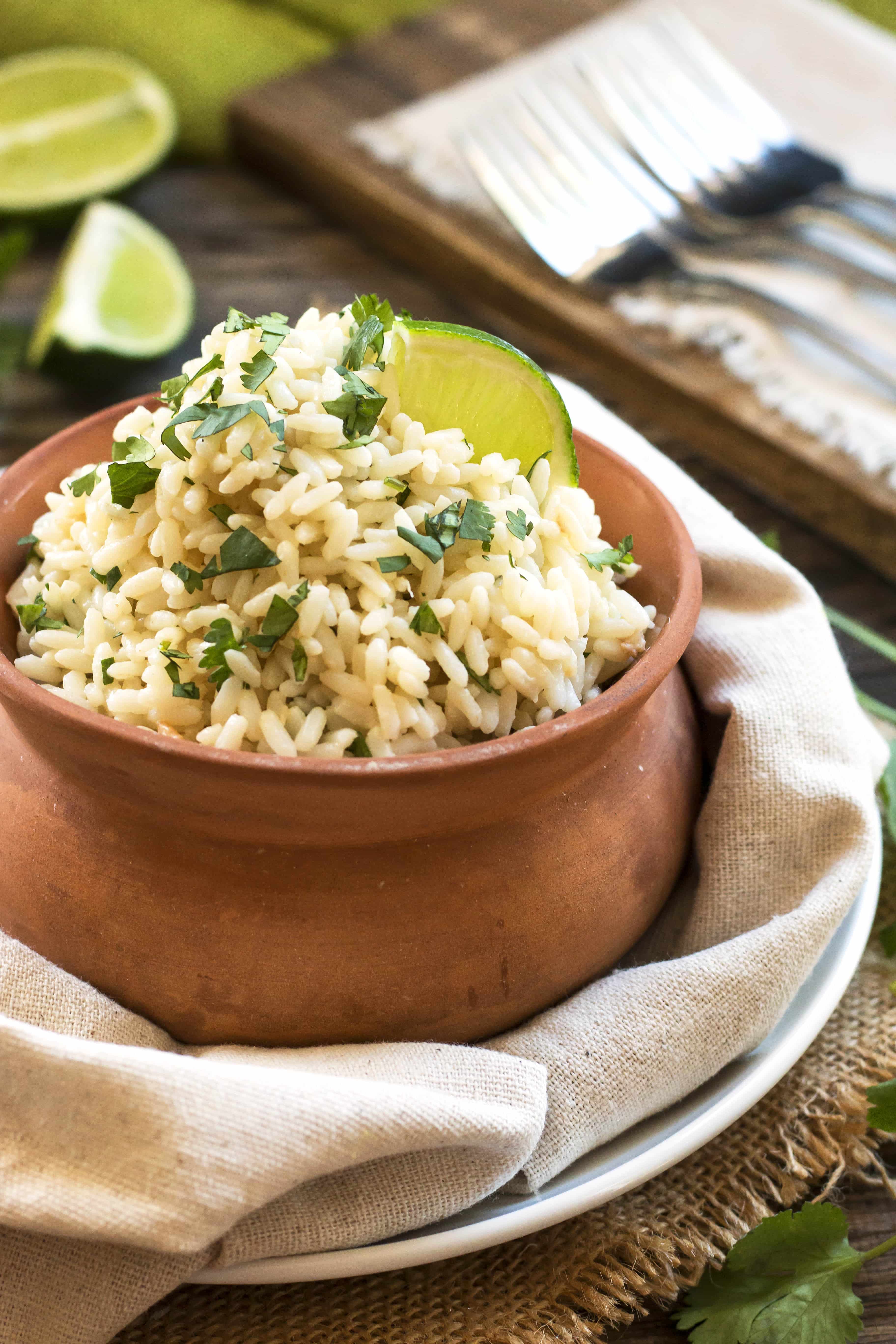 Over the last year I have become obsessed with brown rice.  It is my main go-to ingredient to have on hand in the Brazil house.  If I am ever in need of a quick meal, I simply dump a bunch of rice, butter and chicken broth in a rice cooker and let it do it’s magic.

I can either turn brown rice into Chicken Fried Rice, serve it alongside my Skillet Chicken Fajitas, or put it in Cohl’s concocted Saturday breakfast tacos for an extra fiber kick.  Needless to say, I rarely have any leftover brown rice when the end of the week comes around.

Needless to say, I rarely have any leftover brown rice when the end of the week comes around. 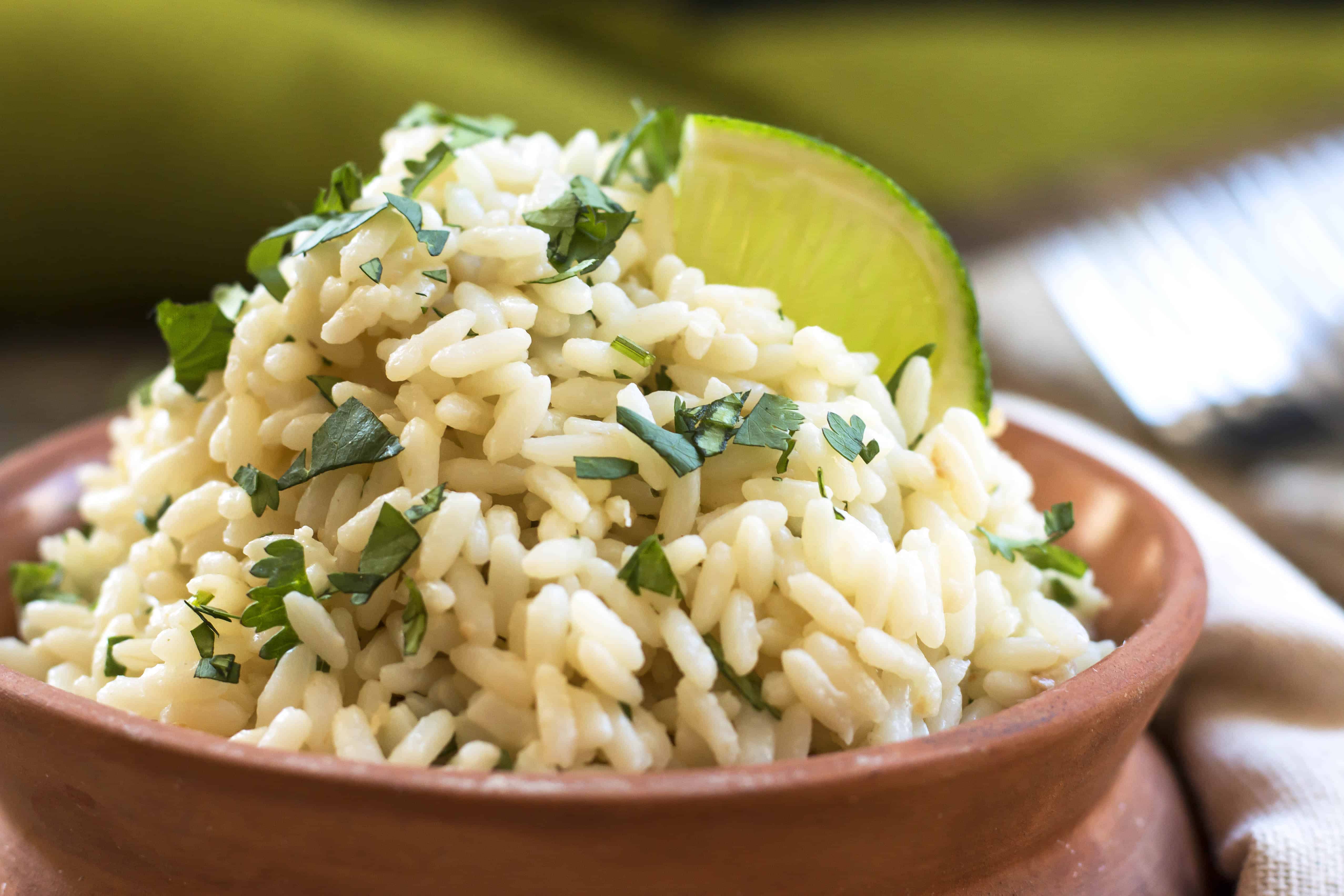 Since brown rice has been such a regular occurrence in our house, I realized we were both getting a tad bit bored.  Remembering how tasty Chipotle’s Cilantro Lime Rice is, I decided to create something similar… this Coconut Cilantro Lime Brown Rice!!

Instead of using all chicken broth (vegetable broth can be used for the vegetarians/vegans) 1 c. of coconut milk took the place of 1 c. of broth. 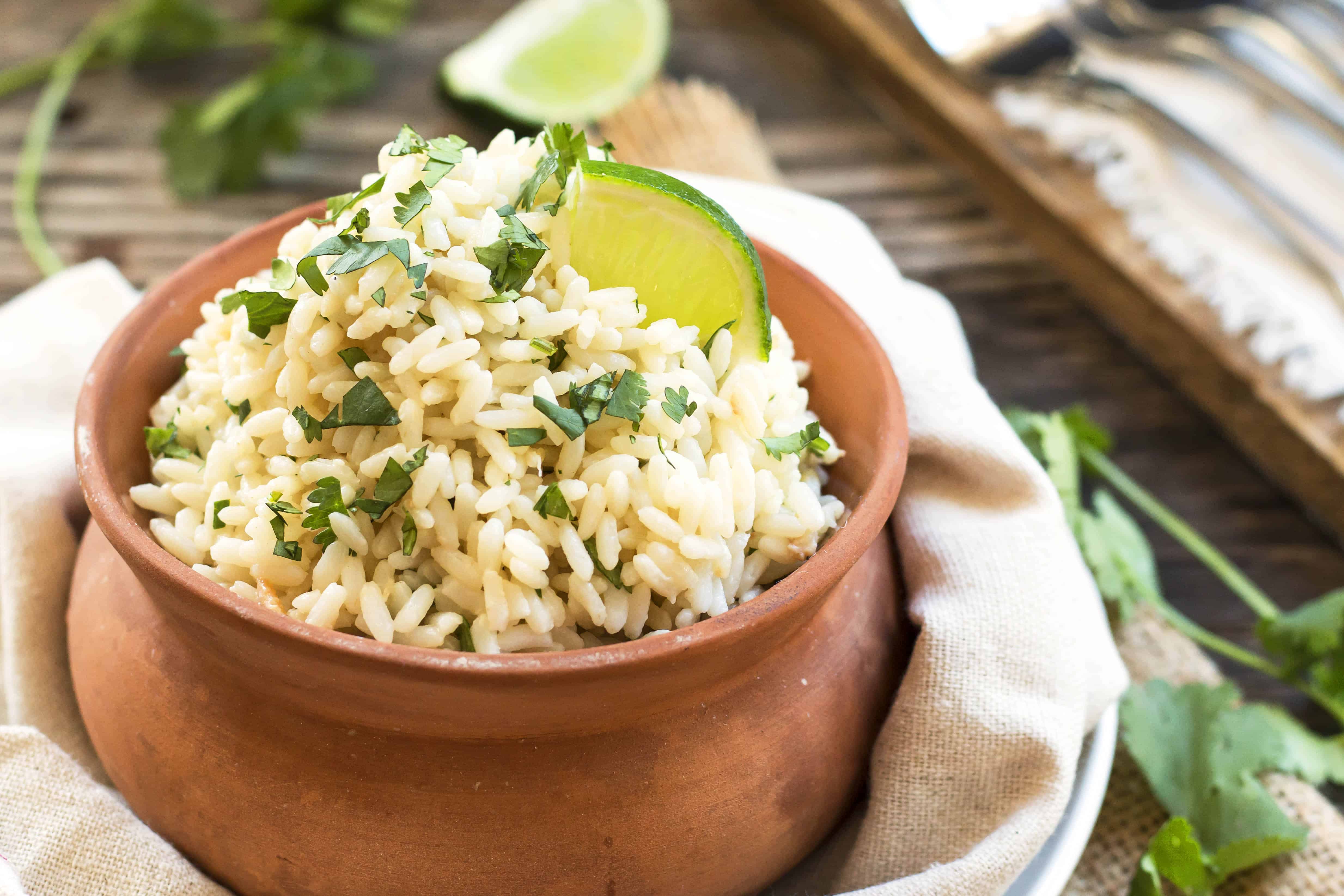 WOW!!  The rice was came out so creamy and flavorful even before I added the cilantro and lime.

*Note:  If you’re scared to use brown rice because you think it will be too blahh… trust me, the added butter and coconut milk give this coconut cilantro lime brown rice a wonderful texture!!  People can rarely tell they are not eating a slightly darker-colored white rice!* 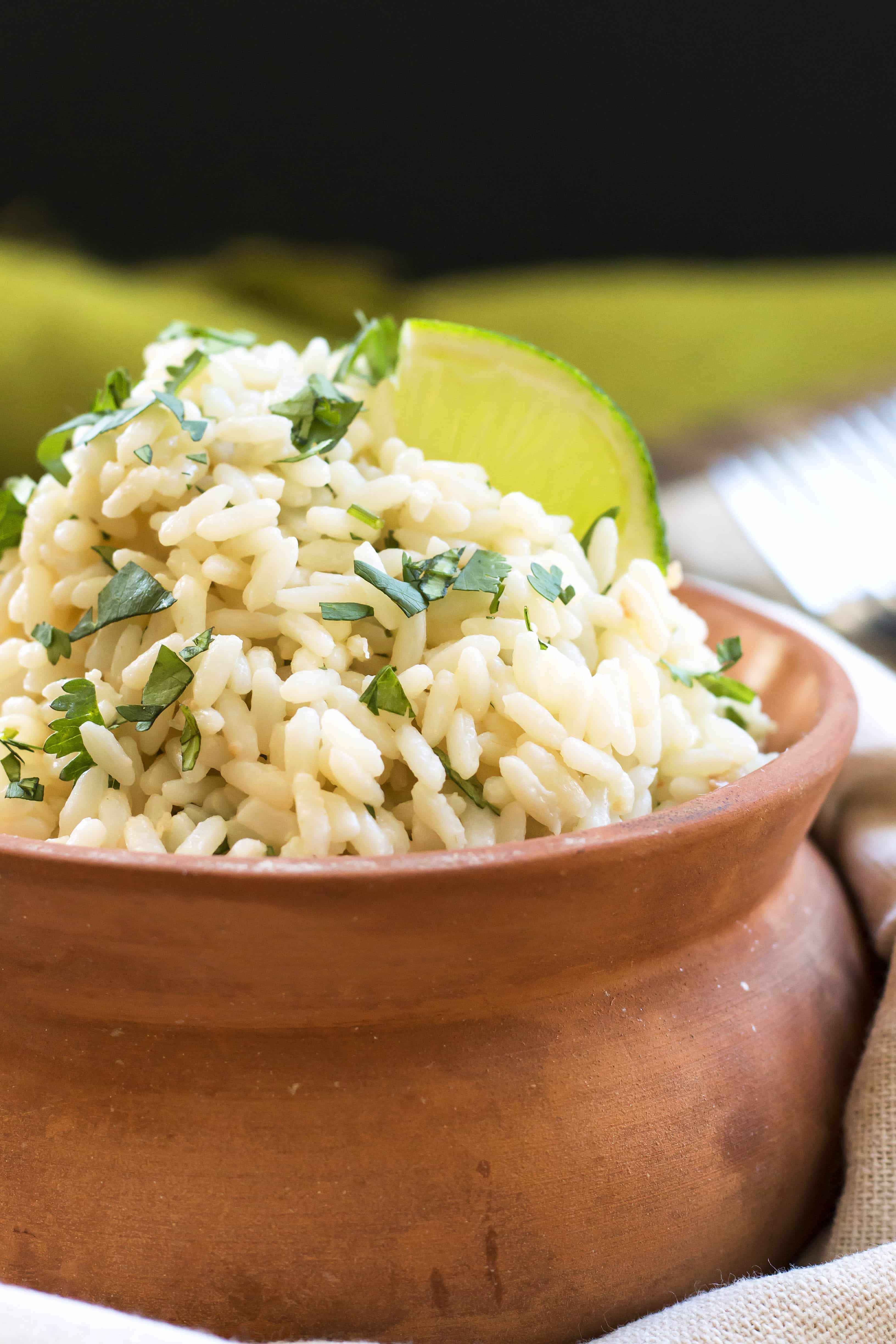 This coconut cilantro lime brown rice pairs perfectly with more mildly flavored fish or chicken and can be served alongside some yummy steak fajitas.

When this cilantro lime brown rice was made last week I served it with some yummy Skillet Fajitas and we made our own Chipotle bowls at home!  (Talk about a $$ saver.) 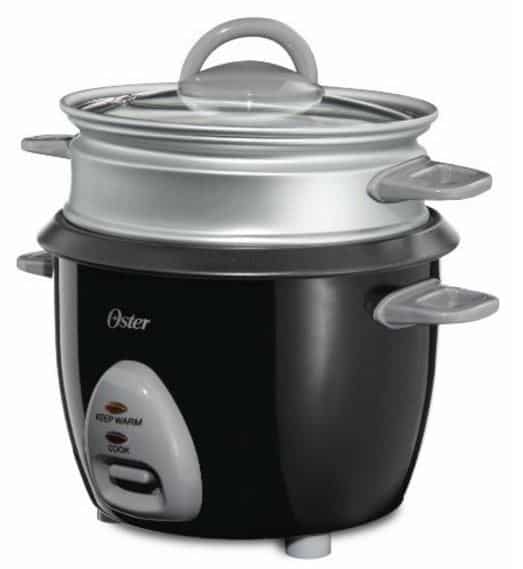 If you don’t have a rice cooker and are interested in getting one (they’re absolutely ah-maaaazing), you can check out this one here or click on the picture above.

Most of them are under $30 and come with a steamer attachment, too.  Hope you enjoy!

**Some of the above links are affiliate links.  If clicked, an item is purchased and I will receive a small % of the sale, at no additional cost to you… And I would be so thankful! :)** 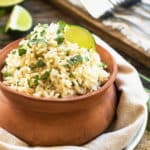 Coconut Cilantro Lime Brown Rice – Made in a Rice Cooker

A cilantro lime brown rice recipe made with coconut milk for added flavor!  This easy Mexican rice can be made in a rice cooker or on the stove top. 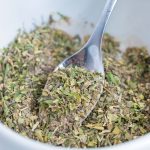 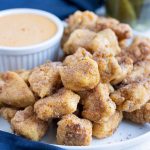 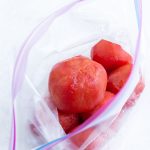 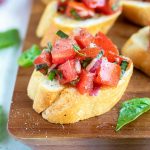 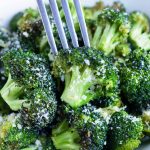 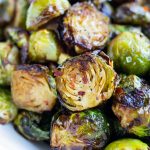