Super easy and oh-so-creamy cucumber dill salad is a refreshing side dish to whip up for those summer picnics and potlucks!  Prepare this cucumber onion salad with vinegar the night before and have it ready-to-go when you are.

Is Cucumber a Fruit or Vegetable?

Cucumbers are all too often the long forgotten fruit… or are they a vegetable?

Technically, a cucumber is a fruit if you are considering the way they grow.

Cucumbers grow from the flower of the plant and contain seeds.

If this was our only definition of what a fruit is, then many other “vegetables” would also be considered “fruits.”  (i.e. squash, green beans, pumpkins, etc.)

But these don’t normally come to mind when you think of your traditional “fruit.”

So for our purposes, I’ll just refer to it as a rather fruity vegetable. 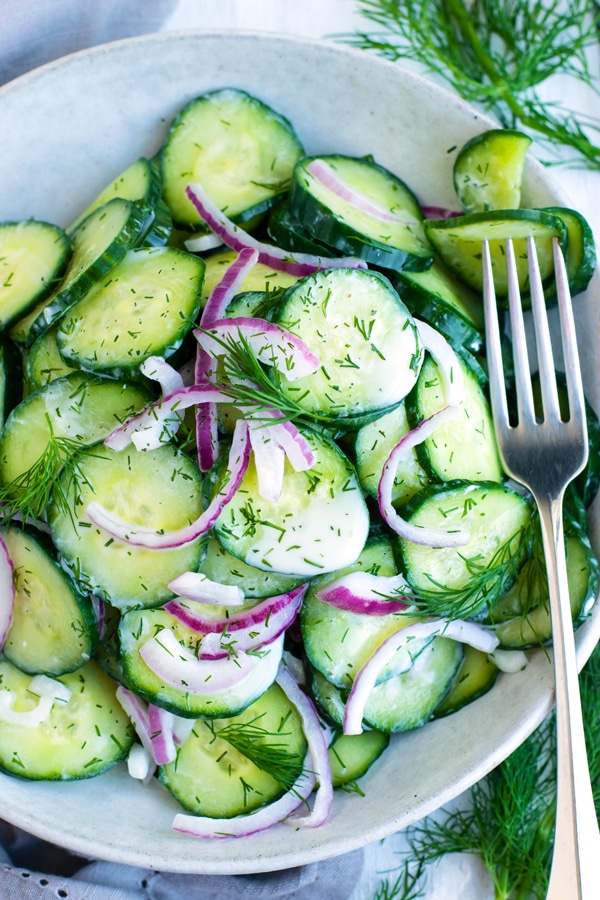 What Makes this a Creamy Cucumber Salad Recipe?

Not only is this cucumber salad loaded with fresh cucumbers, but it is also super creamy and still ultra nutritious!

I bet I can already read your mind…

And nope!  There is no sour cream in this cucumber dill salad recipe.

Instead, Greek yogurt is used to make it super creamy while still being waist-friendly.

After all, this cucumber salad is best served during the warmer summer months when we are most likely donning our bathing suit within the next few days!

So I promise to keep it slimmed down and low in calories for you! 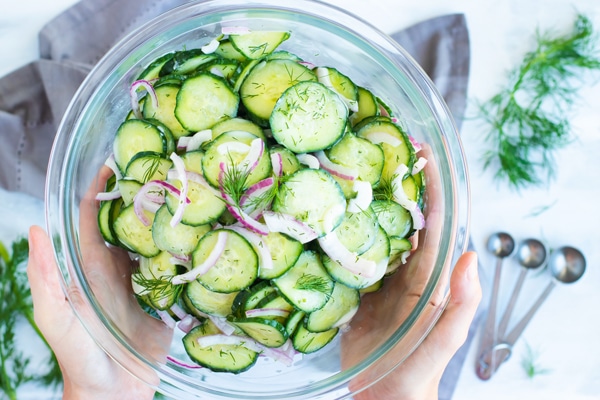 So I already told you what our secret ingredient is in this cucumber dill salad, but what ingredients are in it?

As you can see, you probably have most of these ingredients in your pantry or they are growing outside in your summer garden. 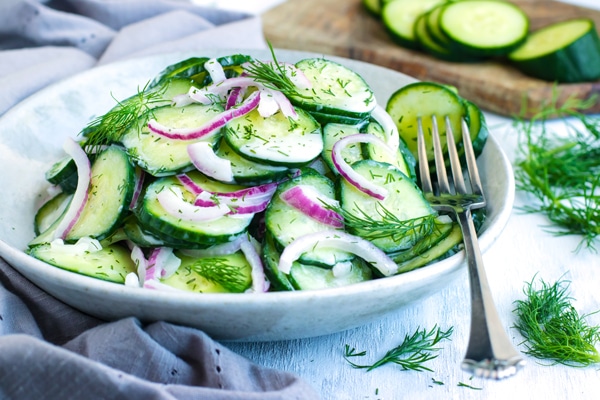 How Do I Slice the Cucumbers?

There are two ways you can go about slicing your cucumbers for this cucumber dill salad recipe:

What Type of Cucumbers Should I Use?

My personal preference when selecting cucumbers for this easy cucumber salad recipe is seedless cucumbers.

Since they’re already missing their seeds, it brings you one step closer to whipping up this salad with ease.

If you decide to use cucumbers with seeds, simply cut the cucumbers in half, remove the seeds, and follow the instructions as detailed below. 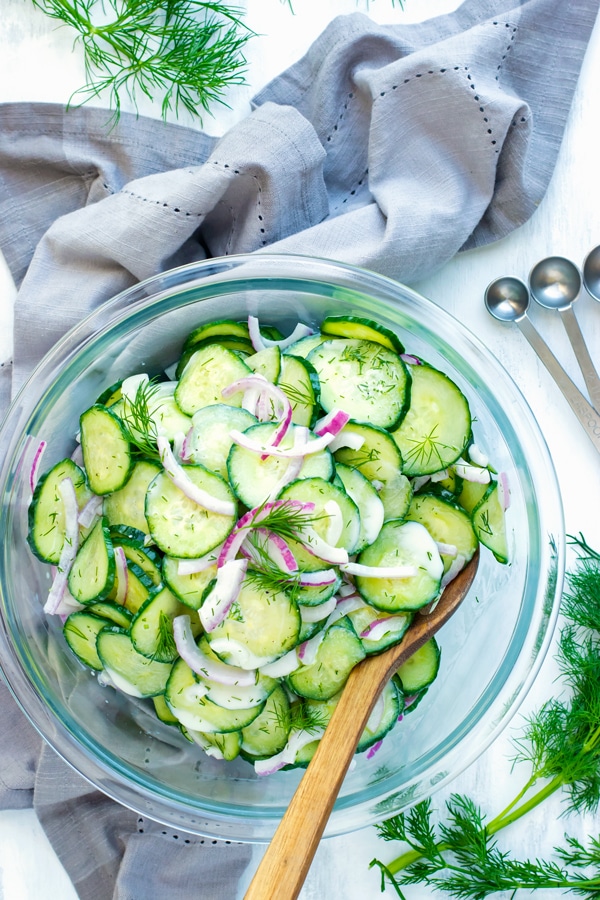 How Can I Evolve this Cucumber Dill Salad Recipe?

While this creamy cucumber salad recipe is already gluten free, low-carb, keto, and vegetarian, there are a few ways you can change it up: 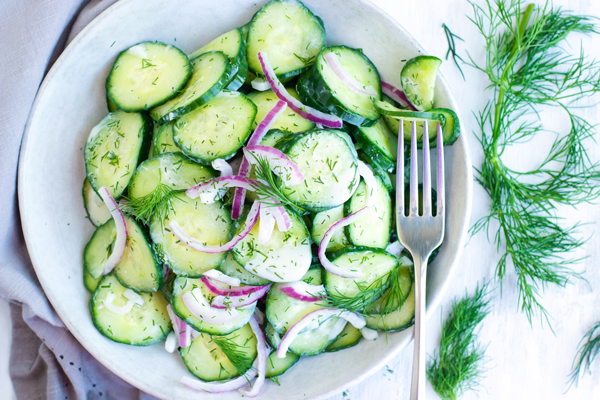 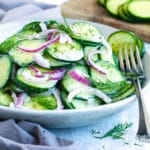 Super easy and oh-so-creamy cucumber dill salad is a refreshing side dish to whip up for those summer picnics and potlucks!  Prepare this cucumber onion salad with vinegar the night before and have it ready-to-go when you are.

The longer the salad chills, the more tender the cucumbers will get and the less pungent the red onion will be. Salad will keep well for up to 3 days. But please note, the Greek yogurt will begin to separate after about 48 hours. Simply drain the extra liquid and stir before serving.

*Use a dairy-free Greek yogurt to make this cucumber salad recipe both dairy-free and vegan.

**Reduce the carbs even more by using liquid stevia extract instead of honey. 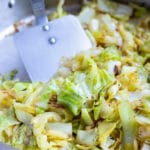 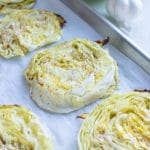 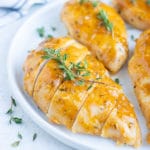 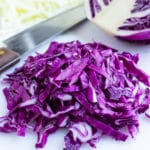 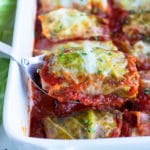 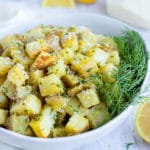