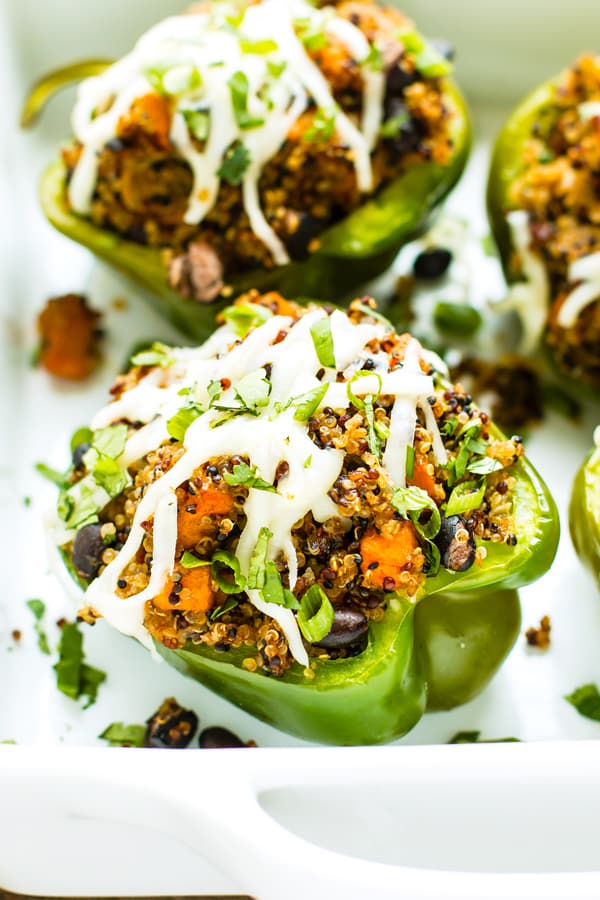 I’ll Give Up Meat for Vegan Stuffed Peppers

My entire 29 years of existence I have always deemed myself a meat eater.

Even a salad was never complete without at least 4 ounces of chicken on top. 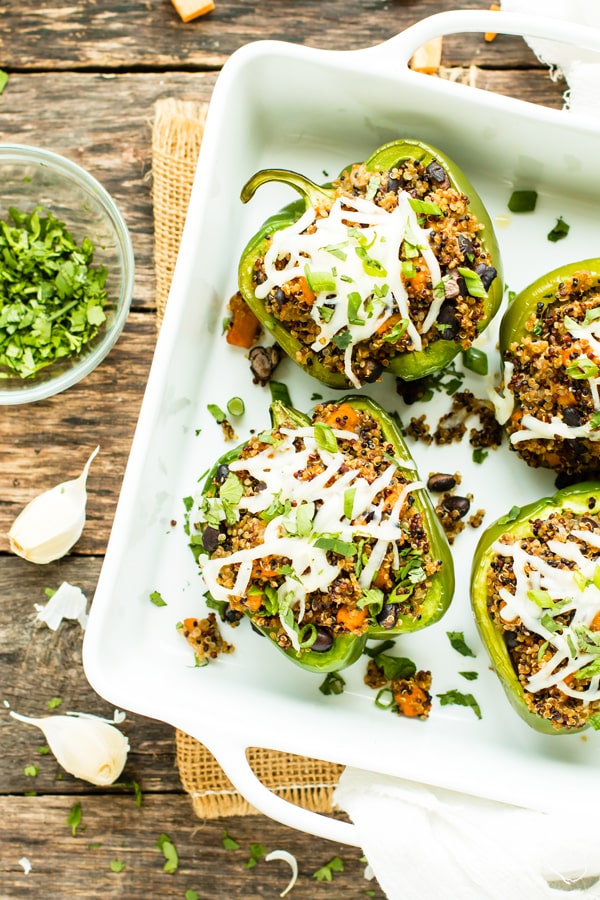 Lately, however, I have begun to realize there are other sources of protein that can appease my inner protein-craving self.

For example, these black bean & quinoa stuffed bell peppers are loaded with protein.

The majority of that protein comes from the quinoa and the black beans. 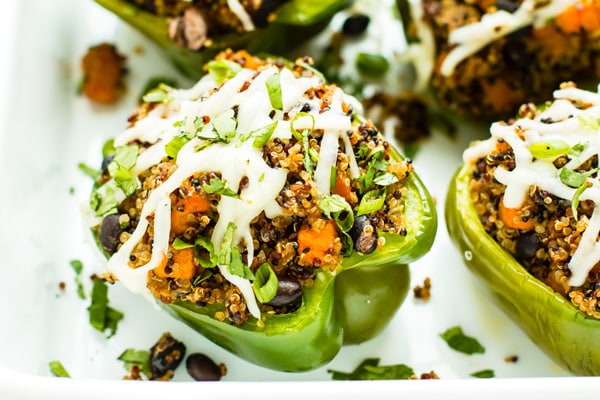 What’s so Great About Quinoa in these Gluten-Free Stuffed Bell Peppers?

These black bean and quinoa stuffed peppers are so awesome because of one huge reason… quinoa is a “complete protein” and contains over 8 grams of protein/cup.

A complete protein is a food that contains all 9 essential amino acids in adequate proportions.

Learn how to cook quinoa in the Instant Pot. 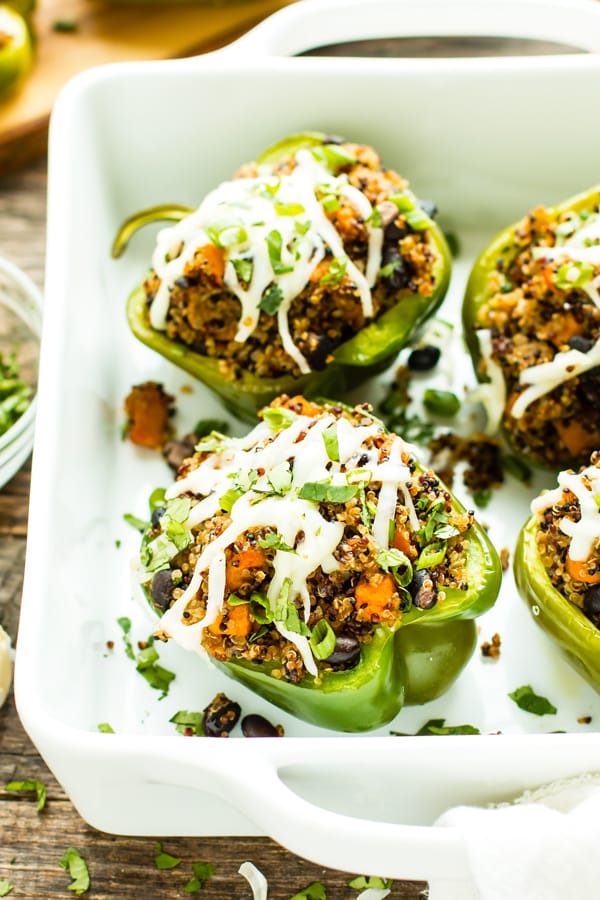 What I love about these Black Bean & Quinoa Stuffed Peppers…

These gluten-free stuffed bell peppers seriously get better with time!  After sitting in our refrigerator for a few days I remembered that we still had a couple left.

I reheated one of the bell pepper halves and was delighted to discover they actually tasted BETTER than when they were first made.

So if you have patience, push a couple of these quinoa stuffed bell peppers to the back of the refrigerator and wait a couple of days.

Trust me, it’s worth it! 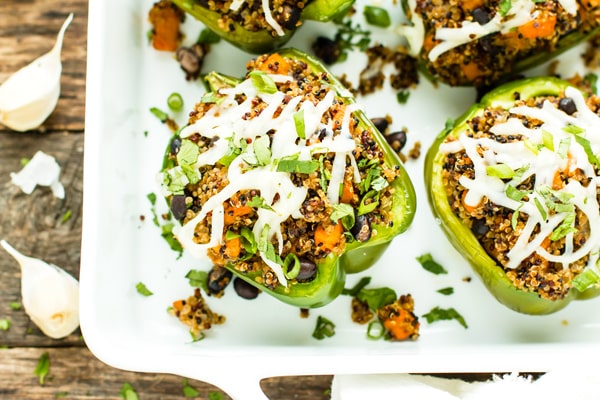 How Can You Evolve These Black Bean & Quinoa Stuffed Bell Peppers?

While these vegan stuffed peppers are already gluten-free, vegetarian, loaded with good-for-you, non-animal-based protein, you can always make them a bit healthier by: 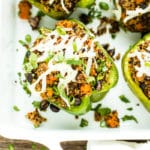 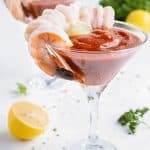 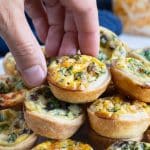 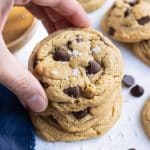 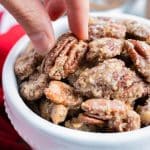 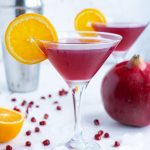