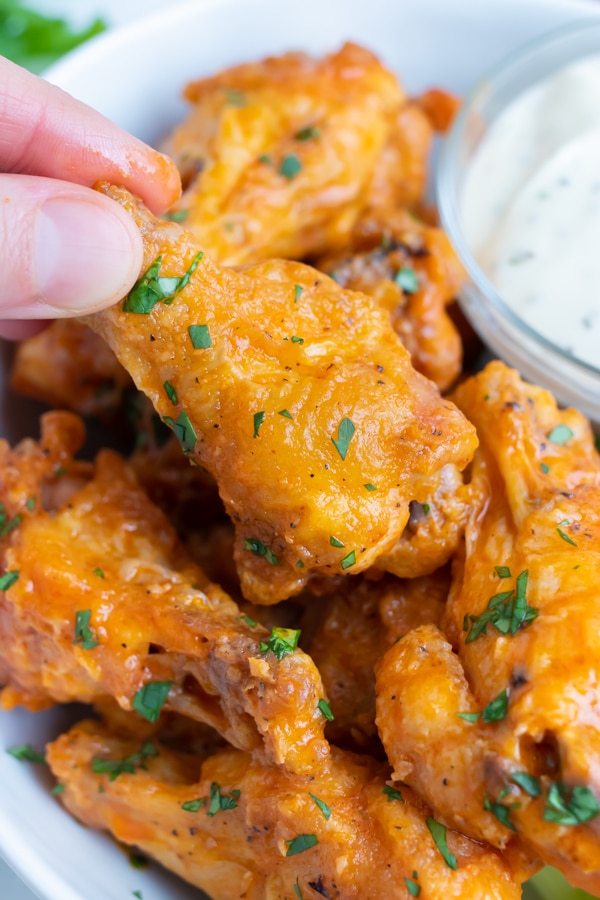 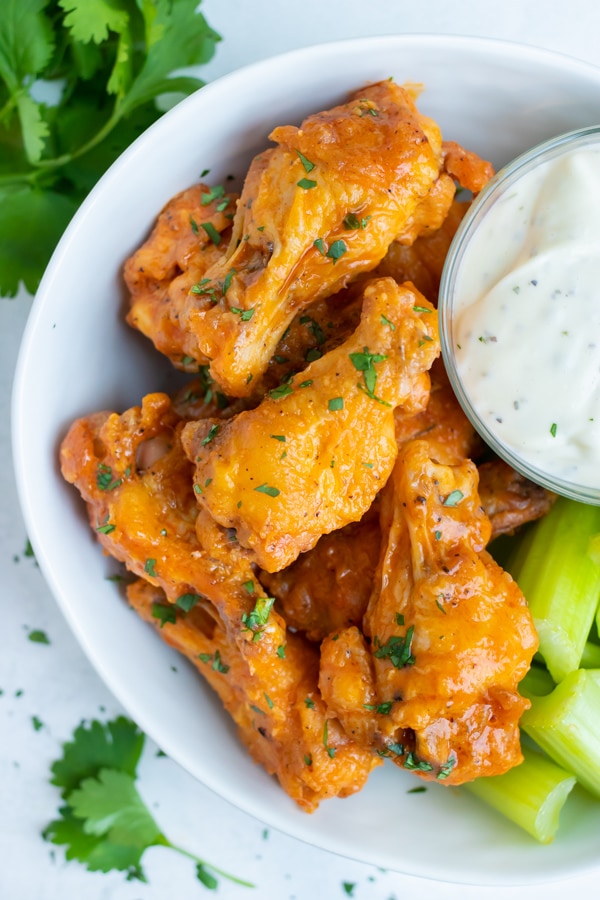 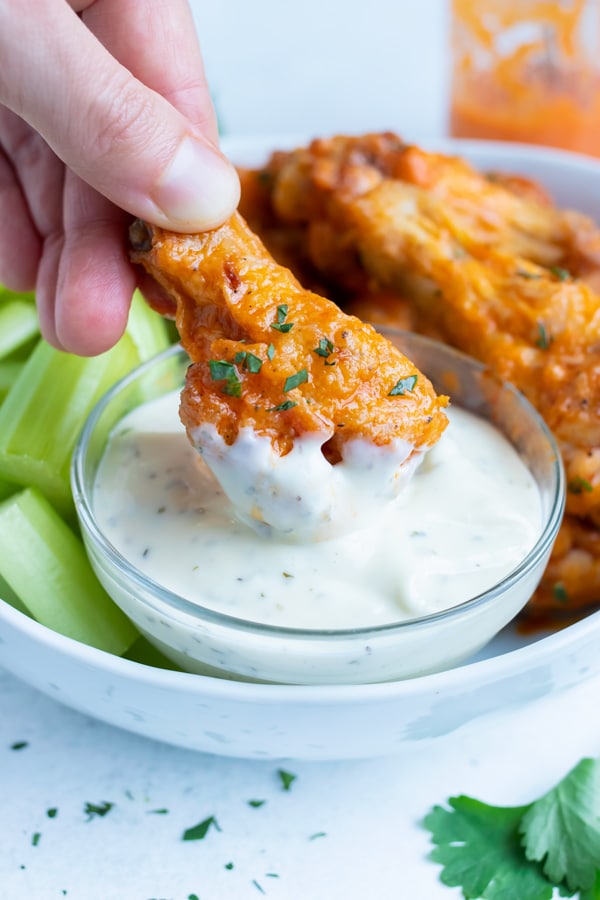 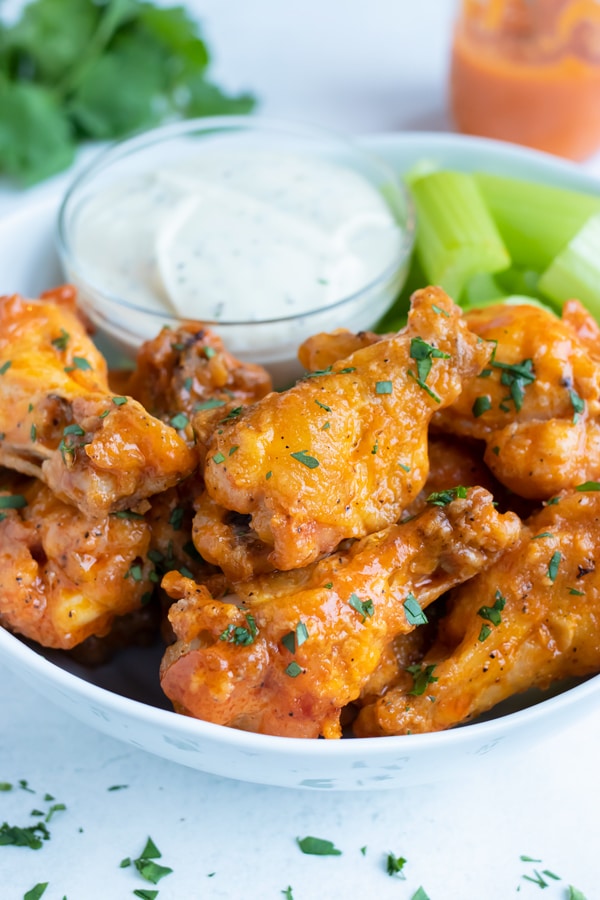 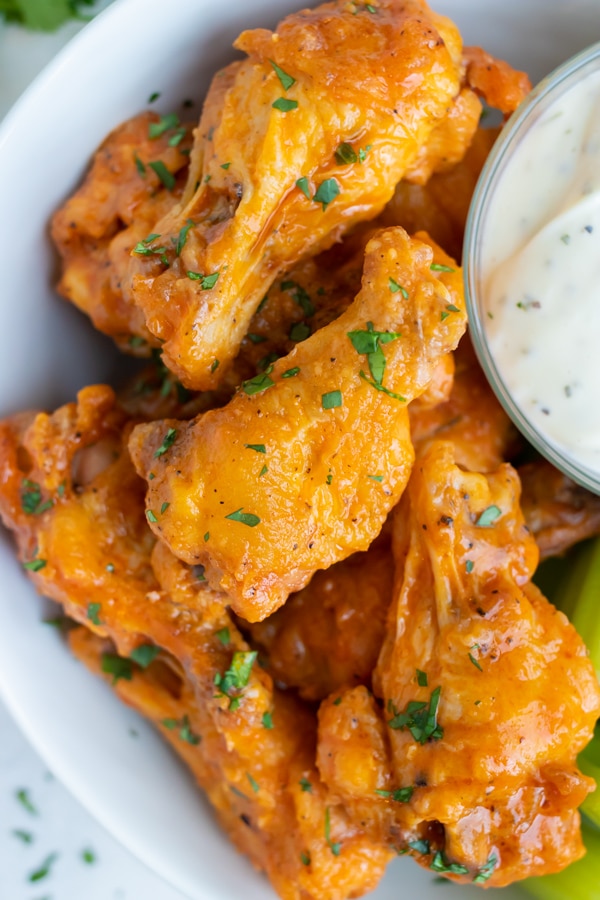 Buffalo Chicken Wings are baked in the oven (not deep-fried!) and get ultra crispy and golden thanks to a secret ingredient.  Once cooked you’ll toss them in some homemade buffalo wing sauce and serve them up with a side of blue cheese or ranch dressing and celery sticks.  This easy baked chicken wings recipe is always a HUGE crowd-pleaser on game day or for parties!

Blame it on the overly-food-focused-side of me but as soon as someone says Super Bowl, I think of chicken wings.

And not just any chicken wings… They’ve got to be crispy on the outside, juicy and tender on the inside, and then coated in a spicy finger-licking-good sauce.

Oh ya, and of course with a side of ranch dressing.  And some celery for a pop of green color.  (Because who ACTUALLY eats celery when there’s a big ole’ plate of wings in front of your face?!)

Up until a few years ago I thought the only way you could recreate that crispy and crunchy skin was to deep-fry the chicken wings in a vat of unhealthy oil.

That is, until I learned a little secret ingredient that makes even oven-baked chicken wings the bomb diggity.

And the best part?  I bet you anything you’ve already got this key ingredient in your pantry! 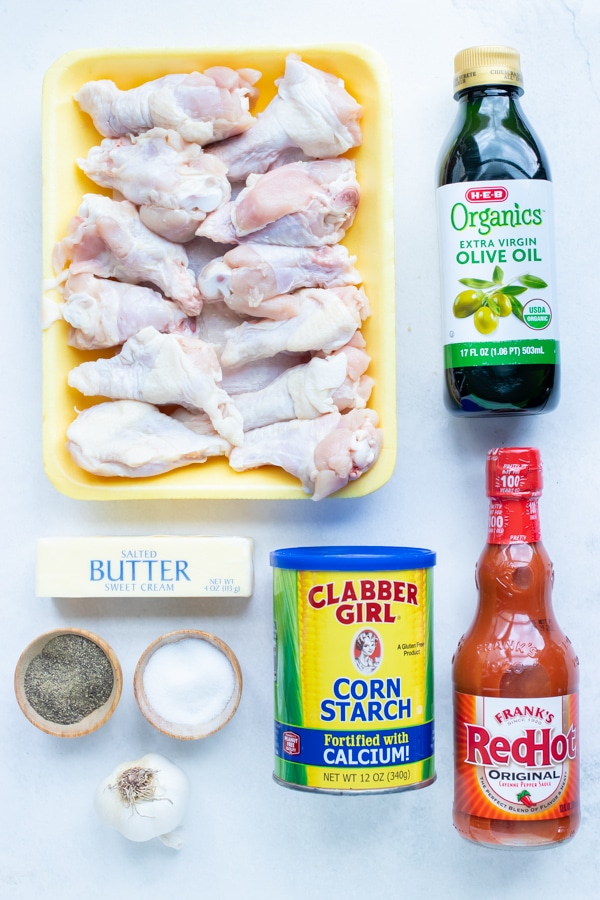 The ingredients you’ll need to make this homemade wings recipe are actually super easy to find.  This is what you’ll need to grab when you’re at the grocery store: 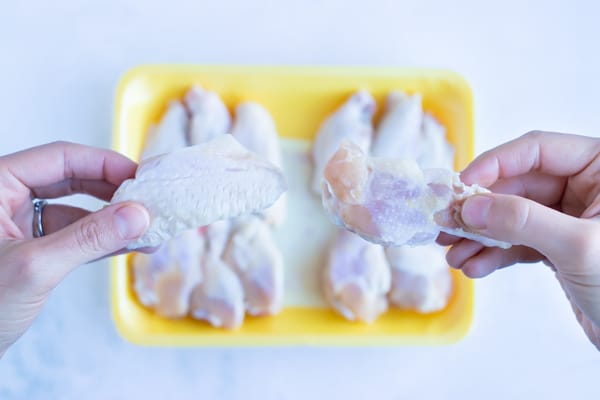 Parts of a Chicken Wing

A whole chicken wing is composed of three different parts:

You can use whichever part you like the best!!

Most grocery stores normally have both wingettes and drumettes already cut and prepared in the meat section.

You can also buy the entire wing, but it does take a bit more time to cut it into portions.

If that’s your only option, you can learn how to cut a chicken wing into portions. 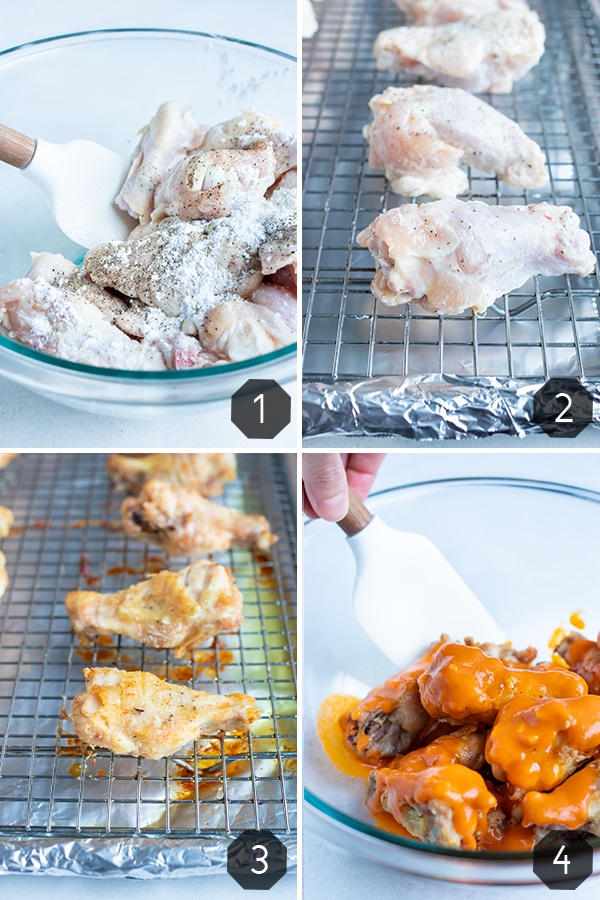 The basic step-by-step process for making any type of chicken wings recipe is as follows:

How Long to Cook

Chicken wings cook best at a relatively high heat and for a long amount of time.

Halfway through cooking, use metal tongs to flip the wings over and return to the oven for the remaining time.

Flipping the chicken over while baking ensures all of the skin gets exposed to the heat and gets extra crispy.

(If you want even crispier chicken wings, check out how to make these Air Fryer Chicken Wings.)

During the last 5 minutes of baking it’s time to get that buffalo sauce mixed together.  You can read more about how to make buffalo wing sauce if you want additional information.

To do this, add melted butter, hot sauce (such as Frank’s red hot or Crystal’s), garlic, honey, and salt to a medium-sized bowl.  Whisk ingredients until smooth and well combined.

Once the cooked chicken wings are fully cooked and crispy, add them to a large bowl and toss in the buffalo sauce until well coated.

Buffalo chicken wings have a bit of spice, so it’s always best if you serve them with a mild and mellow sauce to complement the kick.

Ranch dressing and blue cheese dressing both pair wonderfully with the spicy wings.

Celery sticks are also a great addition for an extra crunch between wings.

If you’ve already got your oven preheated, you might as well go ahead and try some of these other baked chicken wings recipes: 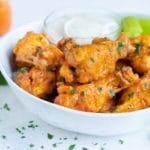 Buffalo Chicken Wings are baked in the oven (not deep-fried!) and get ultra crispy and golden thanks to a secret ingredient.  Once cooked you'll toss them in some homemade buffalo wing sauce and serve them up with a side of blue cheese or ranch dressing and celery sticks.  This easy baked chicken wings recipe is always a HUGE crowd-pleaser on game day or for parties! 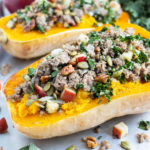 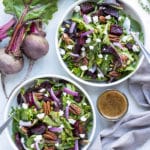 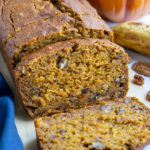 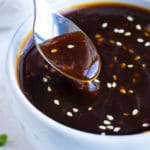 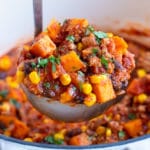