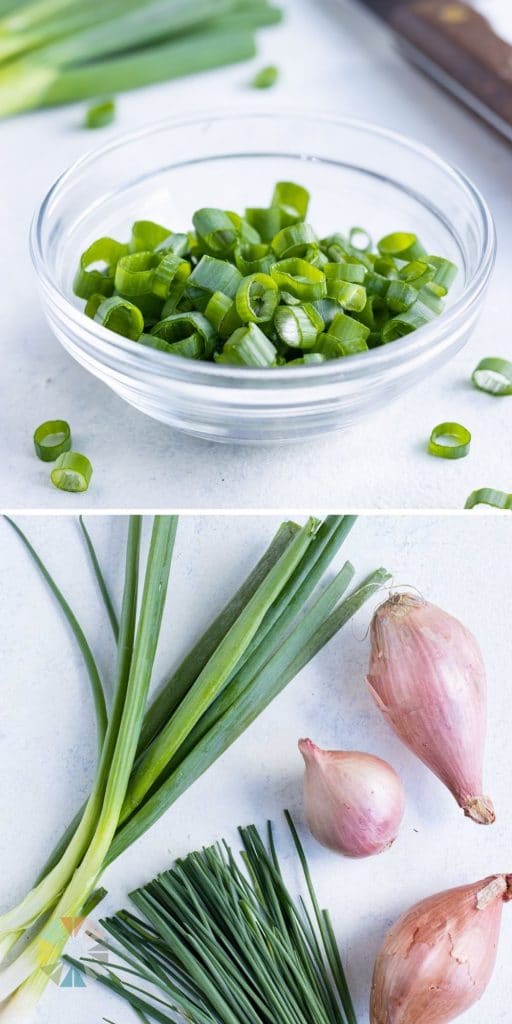 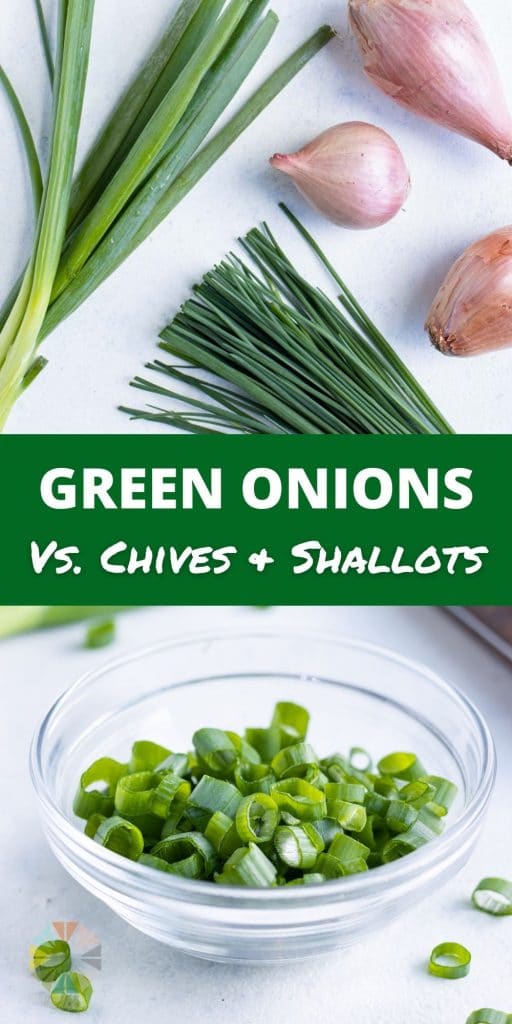 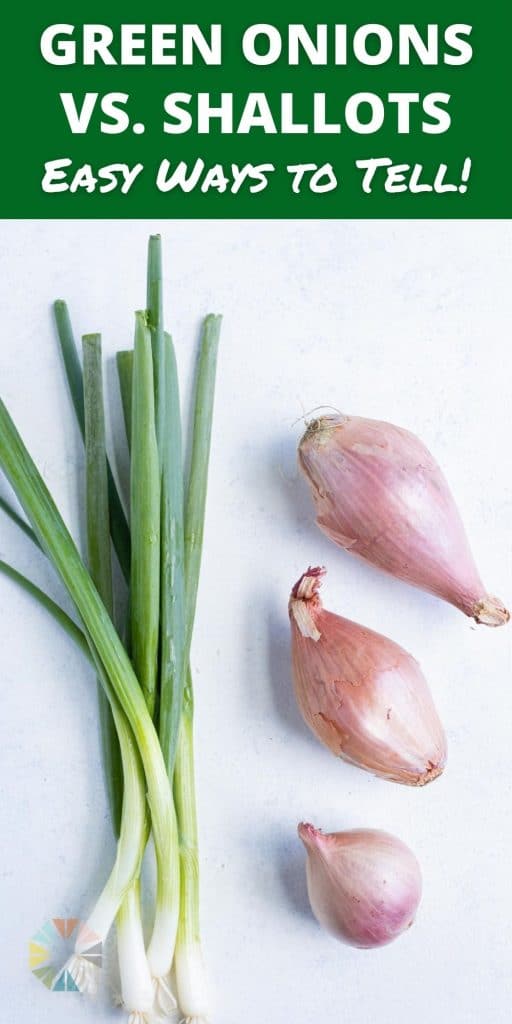 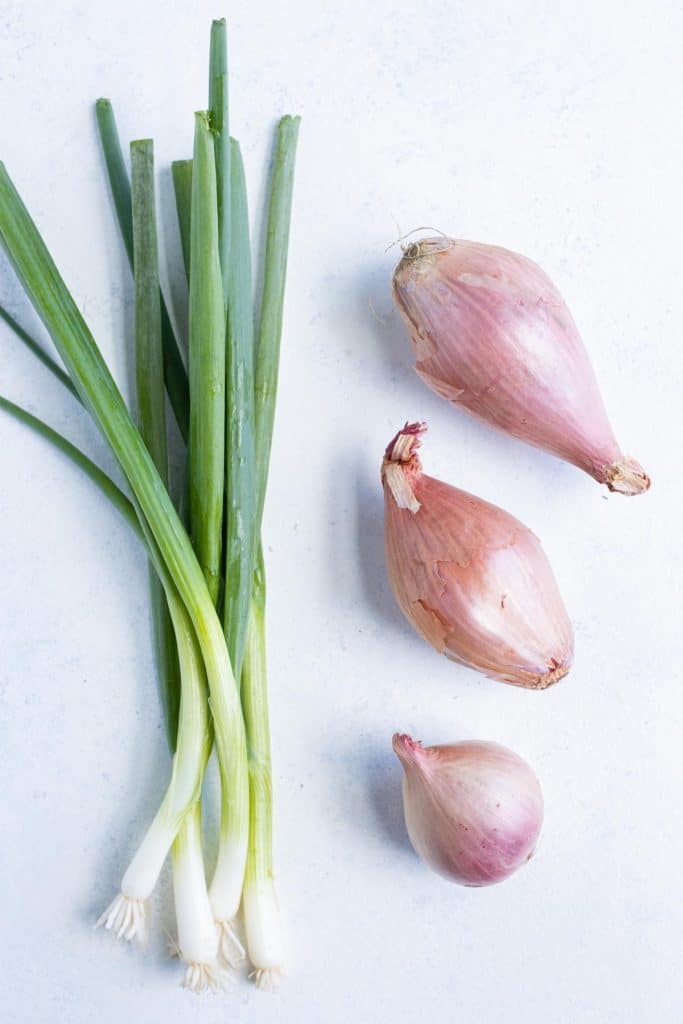 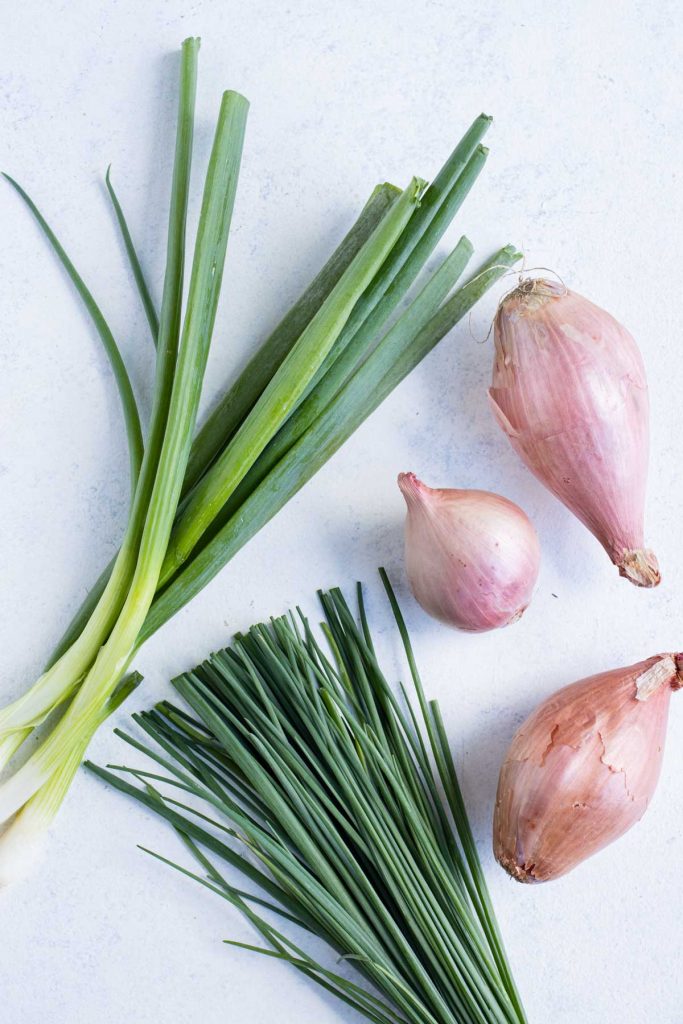 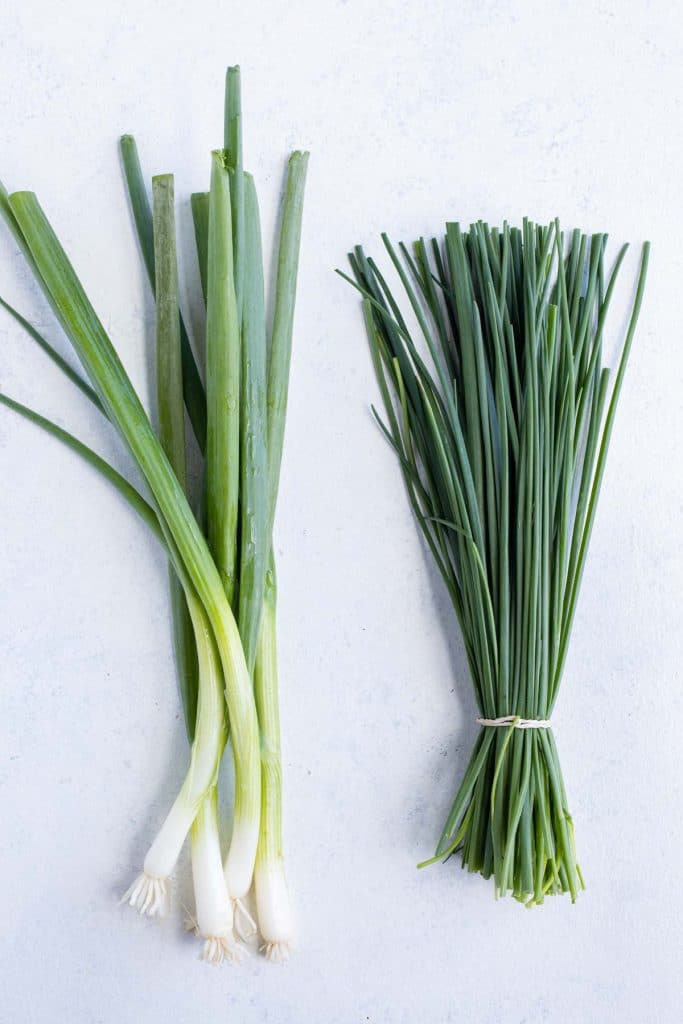 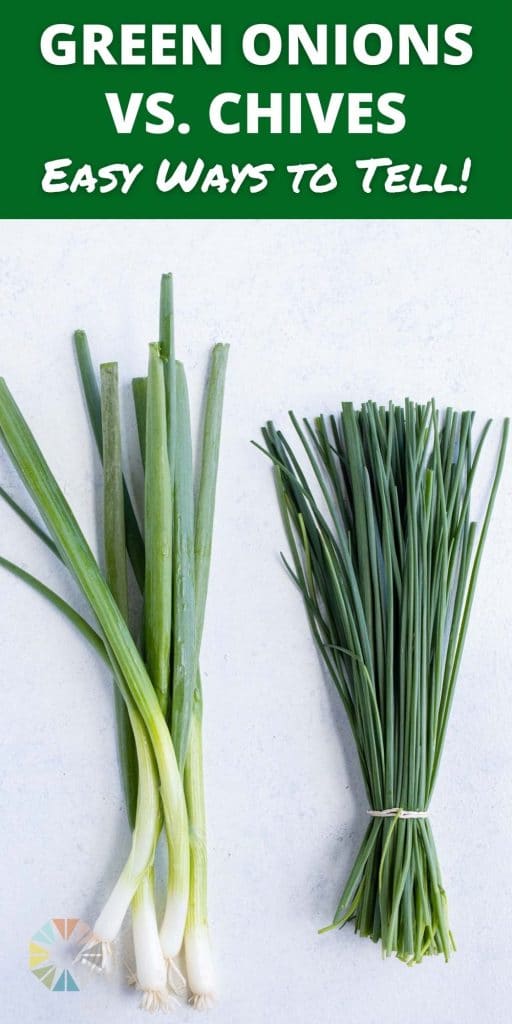 By learning the differences between Green Onions vs. Chives vs. Shallots, you can also master how to use them in all their many culinary applications! Discover the pros and cons between the peppery sharpness of green onion, the mild freshness of chives, and the delicate sweetness of shallots in various recipes.

It’s perfectly alright to admit it. At some point or another, each and every one of us has stood in the produce aisle, confused and adrift in the face of the many members of the allium genus – known in simpler terms as the “onion family.”

What’s so different between a chive and a green onion?

What exactly, for the love of Gordon Ramsey, even IS a scallion?!

Well I’m here to tell you, never fear – these questions and more will be answered.

What’s more, all the differences between these perplexing, aromatic cousins will be laid out in simple terms to help you make the best decision next time you’re at the store.

What are Green Onions?

To start off, green onions and scallions are, in fact, two different names for the exact same thing, with scallions simply being harvested at a slightly younger age.

These long, thin, green stalks and their white roots are edible almost in their entirety, and very inexpensive even when bought in bulk.

Green onions are perhaps the most similar to white and yellow onions in their very sharp, pungent, oniony flavor, and can sometimes be used as a substitution for them.

Note: Green onions – or scallions – are still yet distinct from allium fistulosum, or spring onions. While very similar, spring onions have a more intense flavor in their greens than green onions.

Chives are a member of the allium schoenoprasum family, featuring very thin, tubular, tender green leaves, and – unlike most other varieties of onion and garlic – very small, inedible bulbs.

They also tend to be more expensive than green onions, generally being sold in small, pre-measured containers rather than by weight.

They have much lighter, milder flavor which is often compared to leeks.

These lovely, small, copper-skinned and purple-fleshed bulbs are the most visually similar cousin to normal onions, but their taste is quite distinct.

Sometimes referred to as the “rich man’s onion,” shallots are a bit more expensive and difficult to find than your average allium.

Common especially in French cuisine, shallots are known for having a mild, almost sweet onion-like flavor that isn’t so quick to overpower.

Despite looking quite similar, there are a few distinguishing features which set green onions and chives apart.

Green onions are much thicker than chives, with multiple open, straw-like bunches of green stems growing out of their root-speckled white bulbs. They also feature a much lighter color, fading from bright green at the tips to white at the base.

Chives, on the other hand, are extremely thin tubes which are almost never sold untrimmed from their inedible bulbs. They are generally a much darker, even shade of green than green onions.

The sharp, pungent flavor of green onions is very similar to that of a raw white or yellow onion, and can be enjoyed in both raw and cooked forms. There is stronger flavor down close to the white part of the root, with the delicate greens often being eaten raw, but the dense whites being saved for cooking.

Chives are very delicate both in shape and flavor, however, and taste the best when eaten fresh as a garnish, or as a finely-chopped addition to a recipe. Their greens are uniform in flavor from top to bottom, and so the full length of chives can be used for the exact same purpose.

Both shallots and green onions are more mild than a normal onion, however raw shallot tends to be slightly stronger, also featuring a vaguely sweet undertone not found in green onion. Green onions, on the other hand, tend to have a much fresher, almost peppery flavor that’s more intense around the root than at the tip.

The colorful stems of green onions are best consumed raw, sliced as a garnish or for a delicately crunchy bite in a recipe. Similarly, shallots boast a delicate enough flavor that many recipes call for being used raw as well, sliced thin or minced fine to impart a delicate onion flavor that won’t intrude.

However, it is recommended that the whites of green onions be cooked before eating, either through a quick sauté or being tossed into a soup. When cooked, much like caramelizing onions, shallots shed much of their sharpness and instead bring their mild, sweet flavor to the forefront.

Ways to Use Green Onions

Green onions are extremely versatile, but the two cuisines in which they’re most commonly utilized are Mexican and Asian dishes.

Green onions can provide a refreshing bite and a contrasting sharpness to dishes like Crockpot Buffalo Chicken Dip or Instant Pot Chicken Tortilla Soup, where bold flavors and high fat content can otherwise get heavy.

They can also serve as just one of many light, complementary ingredients used to layer a complex Asian flavor profile, either mixed into an Egg Roll in a Bowl or sprinkled as a garnish over P.F. Chang’s Chicken Lettuce Wraps and stir fries, among many, many more options.

They’re also commonly used as a garnish for Asian noodle soups like ramen or phở, or are mixed into a batter and fried to make scallion pancakes.

Ways to Use Chives

Perhaps the most common, everyday uses for chives are in neutral flavor profiles where a lighter touch than green onion can provide is needed.

It’s a rare Mini Quiche or bowl of Instant Pot Mashed Potatoes that can’t be improved by some fresh chives sprinkled into the egg mixture before baking, and no Ranch Dressing is complete without their delicate influence alongside the dried herbs.

Likewise, seafood dishes like 5-Minute Smoked Salmon Dip and Maryland Crab Cakes would be overwhelmed by the use of normal or green onions, making chives a perfect addition.

This is where the use of chives particularly shines – in places of lightness and subtlety, where they’ll uplift rather than compete with the dishes they’re in.

Ways to Use Shallots

Landing somewhere on the intensity scale between sharp green onions and delicate chives, shallots provide a mid-level sharpness and sweetness that serves well, no matter the dish.

They provide a bright, refreshing zing to dishes where they have been added in the place of raw onion, sliced thin for Creamy Cucumber Dill Salad or even minced for Green Beans with Vinegar.

Shallots also cook down to a soft, sweet flavor akin to a subtle Vidalia onion when made into Caramelized Onions, added to a sauce, or sautéed for a vegetable dish that could easily be overwhelmed by raw onion, including Southern Collard Greens or Sautéed Spinach.

Commonly, shallots are also fried to a crispy texture like onions, to be used as a topping for steaks or burgers in restaurants. 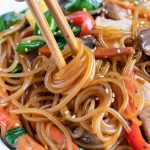 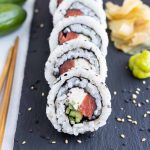 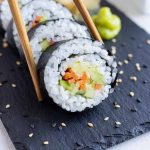 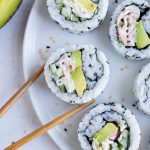 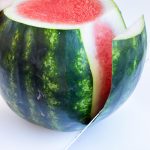 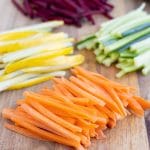